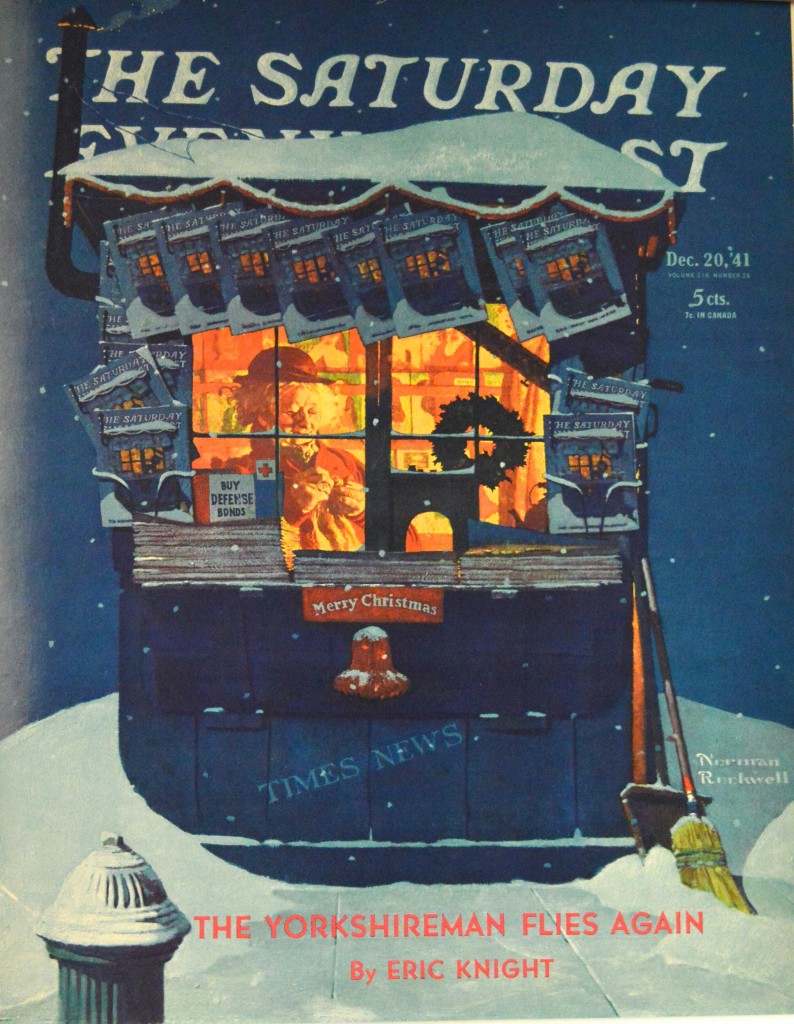 The Saturday Evening Post was a staple of American life for much of the 20th century. Along with Life, Look and Collier’s, the Post was a weekly that brought the outside world into the American home. The Saturday Evening Post was most famous for Norman Rockwell, the New York artist who captured American life like no one ever has. This is his cover for the December 20, 1941 issue of the Post. It is not the cover itself, which would have been much smaller, but the newsstand poster that would have been displayed to let everyone know the new issue was here. A wonderful Christmas scene sadly misleading since war had been declared two weeks earlier.