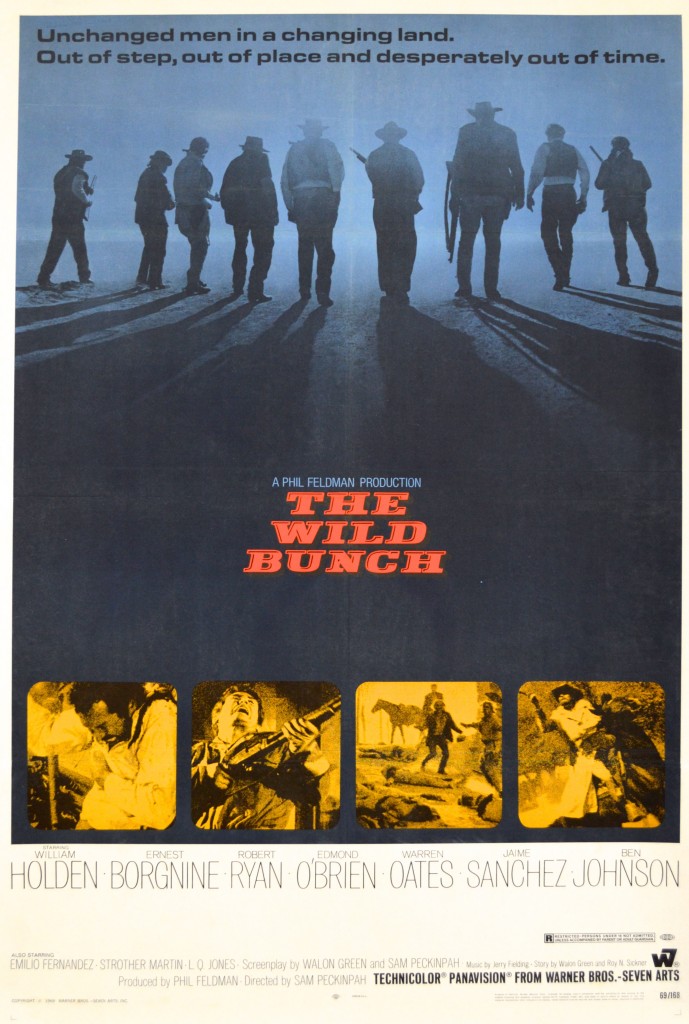 The 1960’s was an era of pushing the envelope. Tried and true formulas were pushed beyond the breaking point. In film, this new wave manifested itself in non-traditional leading characters, non-traditional topics like sex and violence, and film directors who explored new ways of film making. Like many artists they were often a challenge to work with. It was the time of auteur theory in film. Sam Peckinpah was just such a director and The Wild Bunch his masterpiece. The story of an aging gang of outlaws in 1913 south Texas confronting a changing culture and their own mortality, the film is ranked as the 6th greatest western of all time. This is the original poster for the film.