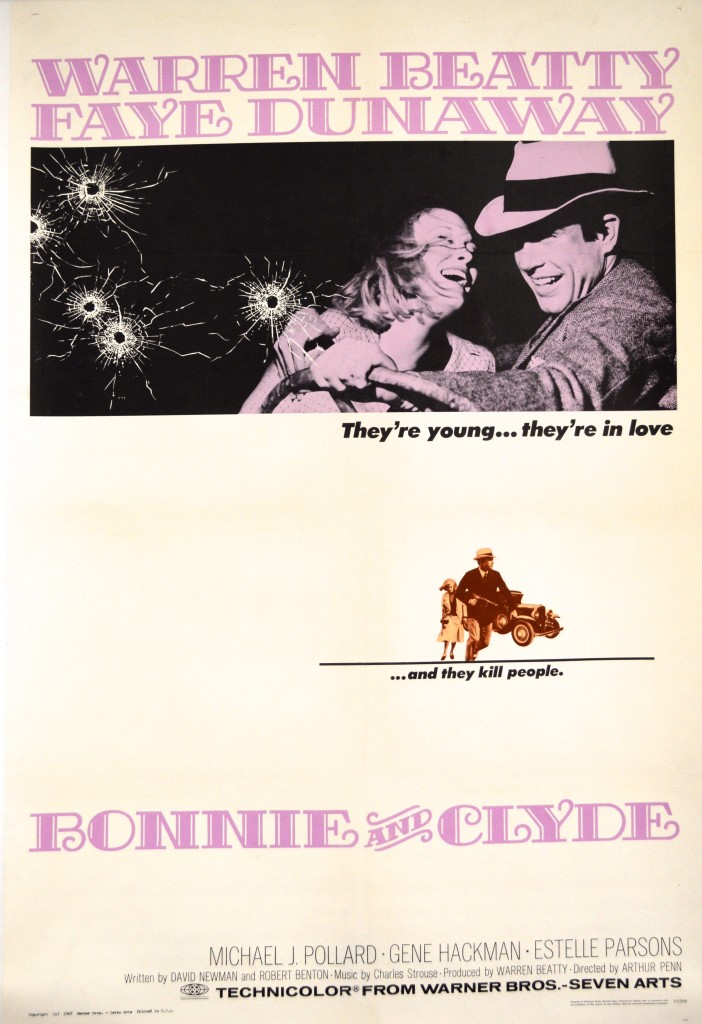 One of the most controversial films of all time, Bonnie and Clyde is regarded as a classic by most. The extraordinary cast of Warren Beatty, Faye Dunaway,  Gene Hackman, Estelle Parsons and Gene Wilder burst into prominence with this film – it being only the second film for Dunaway, Hackman and Parsons, while being Wilder’s first film. Recognized for its violence and frank portrayal of sexual issues, the film tells the story of the Clyde Barrow gang who terrorized the mid-west in the darks days of the 1930’s depression. This is the original poster for the film.